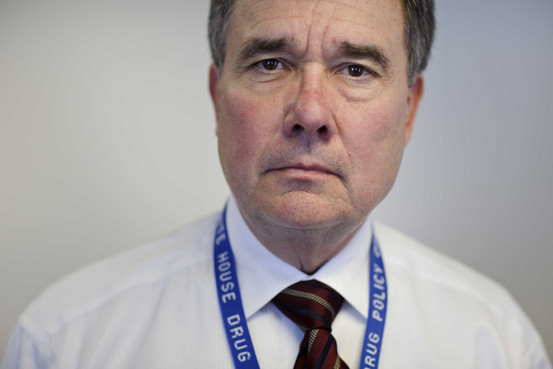 The Obama administration’s new drug czar says he wants to banish the idea that the U.S. is fighting “a war on drugs,” a move that would underscore a shift favoring treatment over incarceration in trying to reduce illicit drug use.

In his first interview since being confirmed to head the White House Office of National Drug Control Policy, Gil Kerlikowske said Wednesday the bellicose analogy was a barrier to dealing with the nation’s drug issues.

“Regardless of how you try to explain to people it’s a ‘war on drugs’ or a ‘war on a product,’ people see a war as a war on them,” he said. “We’re not at war with people in this country.”