Getting Started with Affiliate Marketing

To break it down in its simplest form: The best way to begin affiliate marketing… is to just get started.

One of the most common obstacles, or what seems to stall most people, are those first few steps.

It could be as simple as you’re completely new and don’t know anything about it, or maybe you’re just clueless as to what “getting started” really is in actual steps. It doesn’t help that it can be a bit of a mystery when it comes to internet marketing and becoming a successful full-time affiliate, and the industry knows that and capitalizes on it often.

When you aren’t sure of what you’re supposed to do, I suppose it can be a bit difficult. When it really boils down to it though, that’s probably the exact thing that’s tripping you up. The mindset, “but I don’t know what to do.. how can I get started?” is one of the most damaging things a beginner can struggle with. As with anything in life, it’s a matter of breaking down what you want to achieve, and accomplishing these steps towards the greater goal.

I’ve always been more of a, “I don’t see a problem, I see a potential solution” sort of guy. Always have been, and probably always will be. I’m never content with just taking something at face value, and neither should you, if you want to be successful in online marketing.

As an entrepreneur with strong programming and development skills, but also a comfort with the design process, and a fair amount of sales, support, and managerial experience, I know that a manager thinks generally in concepts or ideas, programmers in strictly concise and verbose sets of instructions, designers with a lucid lack of structure, and end-users with a horrid distaste for having to think about anything beyond their monitor and mouse.

To be the most successful internet marketer you can be, you’ll want to take into consideration the many variables present when researching and setting up your campaigns.

Don’t assume… RESEARCH! Find out, and know the facts

Life is an endless pursuit of knowledge and as one timeless quote puts it, “Live as if your were to die tomorrow. Learn as if you were to live forever.” This is one of the main defining characteristics of a successful affiliate: the endless quest for more knowledge, more data, more metrics, more market-share, you name it. We’re a competitive bunch.

As sad as it is, I don’t think its just the out-of-touch politicians that think the internet is a series of tubes, I think there may be a few million end-users mixed into that demographic. As an affiliate, one of the best things you can do is equip yourself with a strong understanding of the web from both a user and technical standpoint. Knowledge is power, and to an affiliate, knowledge is another zero on the end of that check.

As a kid, between the various sports and childhood activities, one of my long-running hobbies was magic for fun and profit. I would sometimes literally make $50-200 bucks in tips (as a 6-10 year old kid) simply walking around performing card tricks and impromptu close-up magic to complete strangers for about an hour or two for different events. David Blaine ain’t got nothin’ on me.

Don’t just read about it, learn it & live it

Well, that same desire to decipher the secrets, and the hidden mechanisms of “magic and illusion” at a young age eventually turned into me tinkering with computers and wanting (/needing?) to learn as much about them as I could.

Being an avid reader all my life contributed to me learning at an early age how to teach myself, and productively investigate or research a topic, while stockpiling knowledge. It’s probably one of the main reasons I think people should be more proactive about their thinking, decisions, and path in life, especially with their careers or general finances.

The best way to learn something is to try it. If you read about it, learn about it, then forget about it… it seems like you’d be wasting an awful lot of time. So when you read something that gets you thinking, act on it!

Get out there and start making money!

So, after reading all of that… are you just going to sit there and stare at your screen for hours more, wishing you were making money? Or, are you going to actually get started? 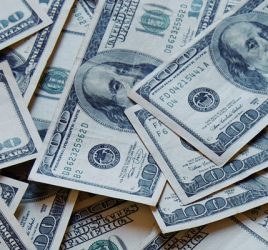 The Basics of Internet Marketing